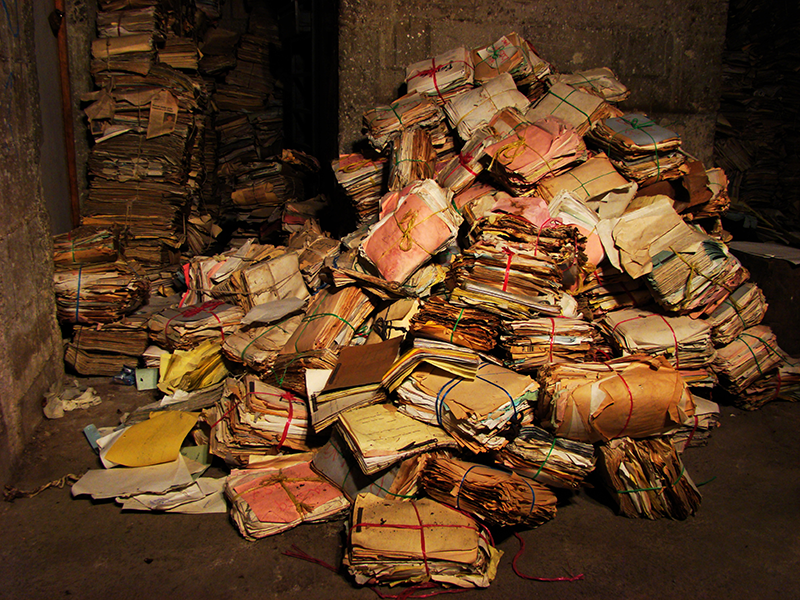 Washington, D.C., August 13, 2018—Guatemala’s renowned Historical Archive of the National Police (AHPN) is in crisis after its director Gustavo Meoño Brenner was abruptly removed in one of a series of recent actions orchestrated by the Guatemalan government and a United Nations office. The actions also placed the AHPN’s remaining staff of more than fifty people on temporary contract, and transferred oversight for the repository from the country’s national archives, where it had functioned since 2009, to the Ministry of Culture and Sports.

Meoño learned of his removal on Friday, August 3, when a convoy of government vehicles pulled up in front of the Police Archive, and officials from the Culture Ministry and the Guatemalan office of the United Nations Development Programmme (UNDP) entered, demanding that he leave. “The operation was executed with all the characteristics of a commando strike,” one press account reported.

The unexpected move threatens to jeopardize the stability of the AHPN’s enormous collection of fragile National Police documents. Since their discovery in an abandoned and deteriorating state on a Guatemala City police base in 2005, hundreds of volunteers and paid employees have cycled through the AHPN under Meoño’s leadership to clean, organize, scan, and make public over twenty million pages of the estimated 8 linear kilometers of paper records. A UNDP employee with no experience in archival management has been named to replace Meoño as director.